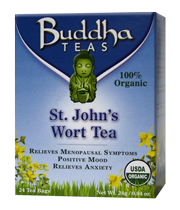 When it comes to herbal remedies, St. John’s wort has often been recommended by herbalists for uplifting mood and improving feelings of well-being.* However recently, this herbal tea has also been considered and researched for its possibility in having potential for aiding those with other issues. St. John’s wort is by no means a cure or preventative for serious illnesses or conditions like Parkinson’s disease. However, it may hold some helpful benefits that may prove useful to those who are looking for methods of naturally improving themselves.*

What is Parkinson’s Disease

Parkinson’s disease is a neurological disorder that affects movement and develops gradually. This disorder worsens as it progresses, impairing movement and balance as it damages vital neurons and cells in the brain. The cause of Parkinson’s disease is unknown though it is has been linked to the brain not producing enough of the chemical known as dopamine. Unfortunately, there is still no known cure for this disorder. Generally, this disease develops in those over the age of 60 and is more common in men than it is in women. Steps taken to help victims of Parkinson’s disease can include medications or surgery in more severe cases.

There have been some limited studies that have shown that drinking St. John’s wort tea contains hypericin, which has been known to offer feelings of relaxation and mood improvement.* St. John’s wort is has also been suggested to be able to increase levels of dopamine in the body as well as offer those that drink it antioxidants which may help to slow the degeneration of neurons.* However more information and research is needed in order to affirm these claims for certain. It is strongly advised to consult with a doctor prior to drinking St. John’s wort tea if you are currently pregnant, nursing, or prescribed to any medications in order to avoid any adverse interactions.

Recent research has been studying the links that St. John’s wort may have to holding potential for helping those with Parkinson’s disease.